About Us
|
Board Members

Thank you to our board members who generously volunteer their time to support the mission of UFDA. 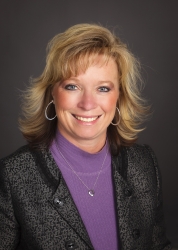 Laura is a second generation funeral director at Broomhead Funeral Home, born to Ron and LaRae Broomhead. She grew up in Riverton, Utah, where she continues to reside with her family. Laura graduated from Bingham High School and Salt Lake Community College. Shortly after graduating, Laura decided to follow in her father’s footsteps to become a funeral director. She attended Mid-America College of Mortuary Science in Jeffersonville, Indiana, and graduated in 1995. Laura is a very dedicated funeral director, and loves being able to serve families at such a difficult time in their lives.

Laura has served as a member of DMORT for 18 years, where she has had the privilege to serve those affected by 9/11 in New York City, and Hurricane Katrina in Biloxi, Mississippi. She also serves on the State of Utah Disaster Board with the state Medical Examiner’s Office. Laura was the recipient of the Distinguished Alumni award from Salt Lake Community College in 2012. She was instrumental in developing the Mortuary Science Program at Salt Lake Community College, and served as the first Program Advisory Committee chair. She continues to serve as a member of the committee. Laura was the District I Director for UFDA for four years; she took some time off to focus on her family, and is pleased to be elected to serve again.

Laura enjoys reading and cross-stitching, and working in her yard. She especially loves traveling, camping, hiking, and 4-wheeling with her family. She is married to Caesar Procunier. Together they have 4 children, Cedar, Andre, Lexi, and Payton. 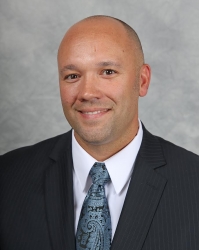 Brad Rawlins Walker is the oldest son of Allyn and Marsha Walker. He lived in the mortuary most of his life and learned the value of service and hard work from his father, Allyn, and his grandfather, Lynn, at a young age.

Brad is an Eagle Scout, a Rotarian, and served an LDS mission in Rostov-na-Donu, Russia. Brad loves sports, the outdoors, music, movies, and spending time with his family and friends.

He married Michelle Lee in 2005 and the two of them have made their home in Payson. They have two beautiful children and enjoy living and serving in their community.

Brad is one of the owners of Walker Funeral Home and has been working there full time for the past 15 years. Brad considers it an honor and privilege to help families with funerals at such a crucial time in their lives. The opportunity to work with his family, associates, and all those around him has been a great blessing in his life. 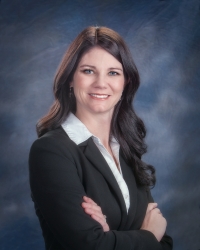 Laurie May Abraham, CFSP, CCO, is a native to the Brigham City area. Laurie graduated from Box Elder High School and Dixie State College. She received her Mortuary Science degree from Cypress College in Southern California. She became a licensed funeral director in the State of Utah in 2007, and began working with Myers Mortuaries that same year. Laurie is a member of the Brigham City Rotary Club where she has been awarded the Paul Harris Fellow Award from them. Laurie is honored to be able to lend a helping hand to families going through one of the hardest times of their lives. 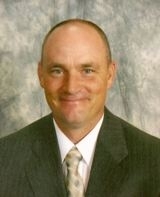 Joe has lived in the Garland area his whole life. He attended Bridgerland ATC where he received a Building Construction certificate. He also attended Utah State University. Joe graduated from Arapahoe Community College, in Littleton, Colorado, earning a Mortuary Science degree in 2008. He has been a licensed Pre-Need Sales Agent since 2009.

Joe, his brother, Mike, and his father, Ross, have run several farms over the past 25 years. After deciding that farming would not provide his family the security he wanted, Joe worked for Thiokol/ATK before spending the last seven years in the funeral industry working for Rogers and Taylor Mortuary, Myers Mortuary, and Rudd Funeral Home. 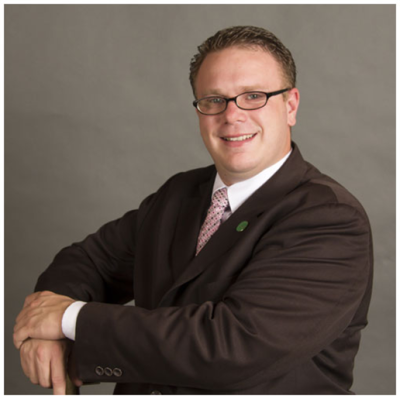 From the time Jeremy was five years old, he had a passion to become a funeral director. He was first introduced to funeral service when he attended the funeral of his great grandmother. From that moment on, Jeremy knew that his calling in life was to be of service to others as a dedicated funeral professional.

In 2002, Jeremy graduated from the San Francisco College of Mortuary Science in San Francisco, California. After graduation he immediately began his internship with Memorial Mortuaries.

In an effort to serve families by exceeding their expectations and having the heart of a teacher, Jeremy chose to earn his certification as a Certified Funeral Service Practitioner, CFSP, in an effort to renew his commitment to funeral service.

Despite his fear of public speaking, Jeremy decided to tackle his fears head on and has become a successful presenter for Memorial Mortuaries Death Café, a community outreach and marketing event designed to help people learn about death in an educational and enlightening forum.

Jeremy has learned to help families understand the importance of making the best decisions. His efforts have greatly helped families better understand their options, create more meaningful services and ceremonies that bring about a healthier grieving process for everyone.

Throughout his career, Jeremy has been touched by the many examples of outstanding funeral directors. He clearly has a passion and desire for the work at hand. He has chosen to run as District I Representative in order to serve and give back to the amazing funeral directors of the great state of Utah.

In his spare time, Jeremy loves spending quality time with his wife Rachael and four beautiful children: Gabriel, Taygen, Pacey and Emerson. Jeremy enjoys being outdoors, fly fishing, doing yardwork, tinkering in the garage and working on various projects around the house. Matthew Yardley has been a funeral director since 2009. He received an Associate of Science degree from Weber State University and a Bachelor's degree in Mortuary Science from Southern Illinois University. He started his mortuary career as an apprentice at Olpin-Hoopes in Heber City and worked for 4 years at Memorial Mortuary. After moving back to Davis County, where he grew up, he began working at Lindquist Mortuary, where he has been employed for the past 6 years. He now lives in his hometown of West Point with his wife and three children. Matt is a musician and has played guitar, piano and accordion in several bands. He has also enjoyed playing bagpipes with the Utah Pipe Band since 2010. Matt served a mission for the Church of Jesus Christ of Latter Day Saints in Asuncion, Paraguay and is fluent in Spanish. He currently serves with the youth group in his church and has spent many years volunteering with the Boy Scouts of America. Matt has many hobbies. He enjoys fishing, hunting, traveling with the band, and adventures with his family. The funeral profession has become an integral part of his life. Matt finds that serving families with compassion and understanding can best help families with the loss of a loved one.

Bodie currently works for Southern Utah Mortuary. Prior to that he worked for Tate Mortuary in Tooele for many years. He grew up in southern Utah, graduating from South Sevier High School class of ’93. Bodie served a mission for the LDS church in Lisbon, Portugal.

After returning from Portugal he attended Southern Utah University where he met and later married his wife Camille Dangerfield Topham. Shortly after they married, they moved to Cincinnati, Ohio so that Bodie could attend and graduate from the Cincinnati College of Mortuary Science, earning a Bachelor of Mortuary Science degree. Bodie and Camille are the proud parents of McKenzie and Bridger. Bodie is passionate about helping families in their time of need to find peace and comfort through the funeral process.

He is flattered, honored and humbled, to be asked / recommended for this position, and look forward to serving with some of the members of the UFDA that he looks up to greatly and consider friends. Kent and his family are residents of Syracuse, Utah. He was raised in Southeastern Idaho and graduated from Brigham Young University studying Family Science. He also has a degree from San Francisco College of Mortuary Science, where he was president of the student body and received the Presidential Leadership Award. He received the Mu Sigma Award from the National Association of Colleges of Mortuary Science for outstanding academic proficiency.

Kent has been a licensed funeral director since 1997. In 2007 Kent was recognized by the Academy of Funeral Service Professionals and received the designation of Certified Funeral Service Practitioner. Kent was a member of the State of Utah EDEN (Electronic Death Entry Network) advisory board, where he participated in the formation of Utah's Electronic Death Certification program which became effective in August of 2006. He also enjoys being a judge for the Best of State Competitions for our state of Utah. Kent was elected as a board member of the Utah Funeral Directors Association in 2008.

Stephanie White joined the Utah Funeral Directors Association as the office manager and executive in June 2017. The funeral profession is not new to Stephanie as she has been married to it for many years to David White.

While she was nervous around the profession before her marriage and wouldn’t even ride in a hearse with David, initially, she has since lived at two different funeral homes in California and has become comfortable and knowledgeable about the profession that has been with her for more than half her life.

For 20 years, she was privileged and blessed to have the best job in the world as a stay-at-home mom to her five children, but she has kept herself busy serving at church and in the community in various leadership capacities including eight years on school community councils, several years with the PTA (including two years as president), secretary of the Food Finders Board, and through the ranks on the UFDA spouses’ auxiliary board.

Prior to staying home with her children she worked in various jobs including: executive assistant for the regional manager at British Airways World Cargo; PR & marketing coordinator for a security camera manufacturer, where she had several articles published, including two front page placements in a security trade magazine; and for a charity as a media relations manager and event coordinator for an event with approximately 40,000 people in attendance.

She is pleased to serve members of the Utah Funeral Directors Association in this capacity.

About Us
Board Members

A year of daily grief support

Our support in your time of need does not end after the funeral services.  Enter your email below to receive a grief support message from us each day for a year.  You can unsubscribe at any time.